I very clearly remember that day. How I was woken up early, refused to do so, and was scolded. How we drove at nearly one hundred with the hazard lights on at 5:00 in the morning. How I felt concerned enough to skip school that day. How, later that morning, things became rough and everyone came coming one by one. How I saw Manang praying silently in the chapel as I paced around it restlessly holding a Rosary. How we organized Tagaytay trips on the spot. How we tried reminiscing to the Everly Brothers (I think? Or was it the Beatles? Or Elvis?).

How, at four in the afternoon, we were told to, in small groups, kiss and embrace you.

How I was then told by everyone to go inside the room, and heard someone from inside crying in a way that broke my heart, who turned out to be my brother.

How Mommy sounded calm but at the same time was definitely not so as she said to me the dreadful words:

“We will not see Daddy anymore.”

How my then-thirteen-year-old self tried, and failed to, digest the news properly. How there were no tears, but merely an aimless wandering and stumbling over the next few hours. How I saw my cousins comforting Mommy, who was able to keep her composure the whole time.

How we went home in silence and changed to wearing all-white clothes, and would do so for seven weeks on. How we arrived at the funeral home and I saw you lying on the operating table awaiting embalment.

How a beautiful, but painful, golden coffin arrived in the chapel upstairs, with the three of us bowing as it entered. How the only words in my stormy mind were “Daddy” and “cancer”.

How I tried, and was quite able to, live relatively normally over the next few days (aside from the fact that we spent the whole day and evening in that chapel, accommodating those paying their respects – and there were a lot of them). But then it might have been a half-beneficial, half-painful by-product of my aforementioned aimlessness and childhood innocence.

How I moved on, but at the same time never quite did so.

It has been ten years. Ten long, rich, defining years. And from the Game Boy-handed, unhygienic, insensitive, naïve, and unaware seventh-grader who had no vision whatsoever in life, the person now sitting at his computer writing this is a twenty-three-year-old not-so-fresh university graduate who is still lethargic and ignorant at times, but tries to be conscious about everything – himself, his surroundings, his society, his world.

At least, not here on earth, beside me. You did see everything as an angel happily enjoying the fruits of eternal life with our Lord. But I was never able to share these with you, to show off my achievements, to vent off my frustrations, to ask for advice on life matters.

I was never able to fully appreciate the man everyone fondly remembering you said you were. I had my own world, and it was a special place for me and me alone (and maybe Vince and Lance, hehehe). What little time we ultimately had together, I never maximized with you. And now, the clock cannot be turned back. Time goes on, and all we have from the past are memories and learnings to serve as foundation for bettering ourselves as the future arrives.

The most crucial point of my life – not physically but emotionally, socially, spiritually – and I grew through it without a father.

Cruel though it may sound, I was already used to the idea of your not being there jollily calling out, “Hi, little boy!” whenever you got home, not letting me go until I had kissed and embraced you, then going to your room to sit in your favorite armchair, drink in hand, watching TV. So I grew up what I felt was normally, but deep inside, there was a void that could never be filled, and I never realized it.

It is only now, a full decade on, when I, trying to take the road less traveled, fully appreciate the fact that there is one less person living in our house than there should be, and living, in general. I now terribly miss the aforementioned, and even as a grown man, what I would give to embrace and kiss you once more. I can feel it now, and it is painful.

A few days before we marked your tenth “angel date”, I had to go back to the hospital where you began your journey to God’s loving arms to get something. In a spur of the moment, I went to the St. Vincent wing on the fourth floor and took a picture of the door of what had been your room. Room 408. That number will be in my memory forever. 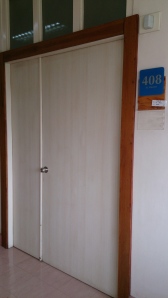 The place looks so much different now, a lot more beautiful and serene-looking (which is just as well for patients, that they would feel calmer). Like it, we have all changed so much, for better, for worse, and in between. The country is both becoming a hotspot for social change – and at the same time for widening corruption. The world is becoming both safer and more dangerous to live in. People’s relationships with each other have grown so much stronger, but the same time more challenging.

I’m not sure what you would say in response to the choices I’m making right now. Here I am, a twenty-three-year-old serial reformist, or at least trying to be such, and not quite succeeding in the process… yet. While I feel enlightened, I also realize I am still so very much ignorant and naïve, but at the same time open to learning more. And all for only one goal – to serve our Father. And sometimes I even feel like I’ve lost my way. Wait, correct that… I often feel like I’ve lost my way.

But I do hope you’d be proud of me. 🙂 Your youngest son, your Little Boy, who was named after you, albeit in a different language.

And, before I end this letter, I’d like to ask a favor. Please help me in asking God to grant me wisdom to find my way again – and strength to get back on that track. 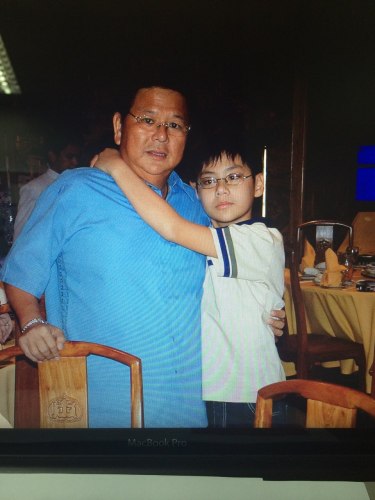