It’s pretty well known that leaving an appliance or appliances running for too long can cause it to overheat and even explode, potentially causing a catastrophic fire that can spell the end of our home. But what about for those that aren’t in use? 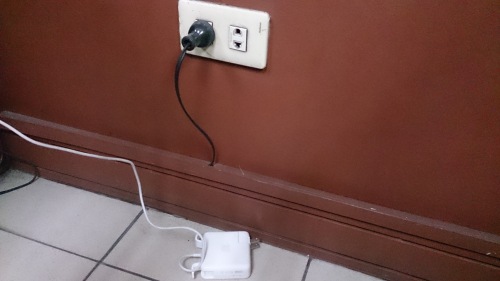 Yeah, yeah, it may seem obvious that one needs to unplug appliances when not in use, but for some reason, this is taken for granted, at least in my part of the world.

My mother always taught me to always unplug appliances when not in use, because switched-off appliances that are still plugged in actually somehow still contribute to the electric bill. And, being the pyrophobe that I am with bad memories from my childhood, I’m always concerned that, somehow, against all odds, it could start an electrical fire.

But psychological fears (or not) aside, my mom is right – and it can make one’s financial life so much easier.

First of all, though, take a moment to think of how many appliances you regularly use at home, the entire house. Let’s put it at two refrigerators, two television sets, a dishwasher, a microwave oven, a toaster, three computers, a printer, three lamps, and the now-ubiquitous Wi-Fi router and modem – and add to that chargers, chargers, and chargers. And I haven’t even started with the number of lightbulbs the house has.

I won’t even begin to count how many those are, but it all boils down to the fact that that is a lot of electrical appliances and gadgets. 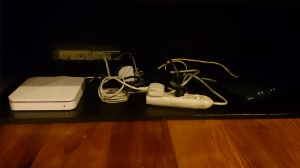 I’m thinking that for a lot of us, the Wi-Fi router and Internet modem are switched on the whole time.

Now, imagine they’re all plugged in at the same time. Furthermore, let’s assume that the refrigerator – and perhaps even the Internet connection set (well, in our house at least) – is always plugged in (we can’t have the food inside going rotten, can we?). Oh, and let’s assume that our gadgets are all state-of-the-art.

There is a concept called phantom power, which is more prevalent in more high-tech objects. This is energy that is still used up by appliances that are already switched off but are still plugged in. For example, your TV may be switched off – but isn’t there a tiny red light that indicates it’s in standby mode, ready to flick on every time you hit that remote? Or a shut-down laptop that’s still plugged in, and that little green light is there to tell you that it’s still in an active relationship with the wall socket. Even that seemingly cold and silent appliance may actually be seething with power inside, drawn from the socket.

Older appliances, especially analog and “dumb” (my term: the opposite of smart, heh) ones, might not have this unwanted side effect… but they’re not energy efficient in use. So either way, we need to exert a little more effort in conserving electricity.

The figures might not seem as high for a single appliance, but considering we have several dozen things plugged in all at once, whether or not they’re running… In the US alone, the average household spends an additional USD 100 in phantom power costs – translating nationally to USD 10 billion and 100 billion kilowatt-hours (kWh).

In the midst of a global concern on climate change that isn’t entirely, but significantly indeed, due to mankind’s consumption to make things convenient for themselves, well… that should give us something to reflect on.

So think about it: you don’t really need the TV on standby the whole time you’re at work or school; the water dispenser need not be temperature-adjusted until visitors come over; the AVR can be unplugged and the cord safely kept away until you need it in the evening; chargers can be neatly kept in your charger case until needed… the possibilities are endless.

And the effects are twofold: not only do we save up on our monthly bills (and we all know how we feel about bills, bills, bills), but we also contribute to saving the earth in our own small ways.

You can read all about phantom power and saving up on unplugging unused appliances on these three wonderful articles I found: