Key Takeaway: In a world where social media has brought us closer and enabled our communications to reach wider audiences, it isn’t difficult to be careless and be irresponsible or reckless in it. However, so is responding to said posts. Let this serve as a reminder that we all have a responsibility to use social media wisely.

Thank the Internet for bringing us closer and closer. And for empowering us to become mini-authors by letting our posts be shown to the whole connected world, in the process turning us into microspheres of influence in our own communities. Social media has revolutionized how the world runs, becoming the most, if not only, effective way of communication by, among others, companies, organizations, and prominent individuals.

But, just as regular publications around the world follow policies of language and (to a certain extent) respect on the topic, we also have the responsibility – sometimes unwritten, but always there – to use it wisely and for the right ends. And, remember, what is posted on the Internet never really dies out.

Just a few days ago, a teenage girl was about to start a job at a pizzeria, one that she was not particularly keen on. She made her feelings known on Twitter: 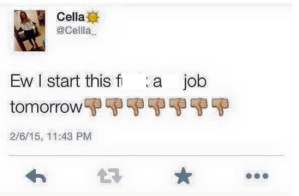 She eventually got what she wanted: by the next day, she had no more “f*** a** job” to do, as her would-be boss had been tipped off by it, and reacted accordingly by invalidating her job.

Based on the above article, it emerged that people were divided based on this. There were those who actually felt sorry for the girl, because for them, her right to freedom of speech had been compromised. Others believed she got what she deserved because of what she wrote. I was shocked at the former.

Yes, we all have the right to freedom of speech. But even though it is a right, this should not be abused: Freedom of speech is true freedom only if it is used to promote love and justice; freedom of speech that hurts or does not promote love or justice is not freedom at all. I think this is a problem today. People love to invoke so-and-so, but are doing so out of selfish desires and not taking the bigger picture as a whole.

I learned this the hard way a decade ago, when I was still in high school. Typical teenage angst and the self-pitying, delusional feeling of being denied the world had led me to rant on my blog at the time, including some very unpleasant comments about close people I singled out. A long sermon that afternoon awaited me, and I was punished quite heavily for it afterwards. That was the first time I appreciated the consequences of irresponsible or reckless social media use. 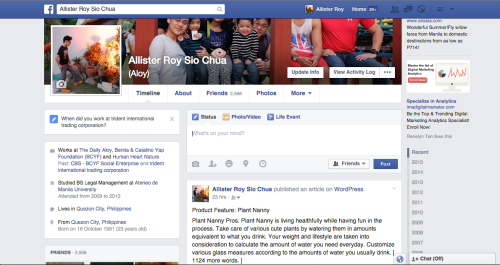 Reflect on what you’re going to post on social media because it is on the Internet for eternity even with deleting features!

That long sermon was held privately and not publicly. Even though the dialogue was very respectful and civil, it was a good thing that it was in private. Because to use social media irresponsibly is one thing; to respond to said irresponsible publications irresponsibly is worse. The Instagram account PassengerShaming is an anonymously-managed account that receives public-sent photos of passengers (mostly on planes) who in their opinion do not serve as good role models for the flying public. In fairness, most of the photos do not show the faces of their subjects, if there are people at all. But I felt sad when I saw some of the comments, because they were just as bad as the people they were criticizing. 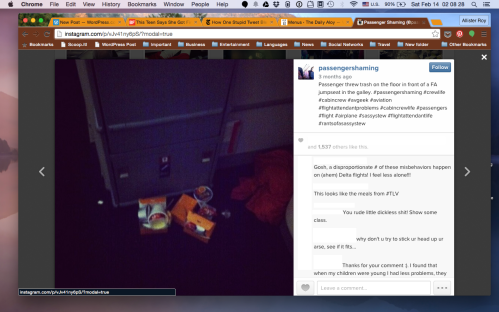 If you’re responding rudely or recklessly to a rude or reckless post, then you are sinking down to their level. If one were thinking high and mighty of themself that they weren’t like the person they were criticizing, then they are becoming hypocrites like the Pharisees Jesus frequently told off in the Gospels. Responding this way is ineffective and only annoying. The best way to do so would be to be respectful and diplomatic, opening the way for constructive conversation.

In 2013, one Justine Sacco, senior director of corporate communications at IAC, posted a series of tweets that were surely meant to be jokes about travel. The worst one was, “Going to Africa. Hope I don’t get AIDS. Just kidding. I’m white!” She only had 170 followers, and as she browsed her phone for updates during the layover at London Heathrow Airport, she didn’t get very much. Thirteen hours later, when she landed, she had become trending worldwide – and not in a good way. Basically, her whole life was shattered, and she became named and shamed everywhere.

But the aforementioned article above shows some very good insights. Not just Sacco, but her ill-wishers also, all really simply wanted to be given attention to by strangers – a minor fifteen minutes of fame – and their writings online show how much they are willing – wittingly or not – to get such. We have to wonder: is it really worth it? Is it worth damaging the reputations of others or even our own, just to be featured in the news or just to “let it out”?

The fact that what we write on social media can make or break someone or something, even ourselves, makes using social media responsibly much more important. As St. Pope John Paul II wrote in his last Apostolic Letter, The Rapid Development, it is the job of the media to spread the word of God’s love. So it is in social media, and we as its users and publishers have the duty to do so as well.