The Market / To Self 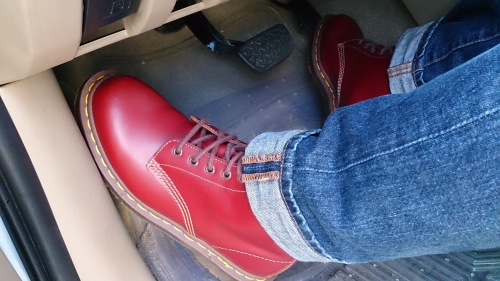 Movies usually have soundtracks or theme songs – music whose melody or lyrics exemplify the theme or message of the movie itself. For example, “Colors of the Wind” – my favorite Disney song ever – is the de facto theme song of Pocahontas, which is all about the titular character’s efforts to show the English that they are not as “savage” or as uneducated as they are made out to be.

This blog also has its own theme, a theme I’ve been trying to build up the past months – about living lives both conscious and godly – hence posts on little concrete actions you can do to embody the concepts of citizenship, sustainability, and social responsibility, as well as on my philosophizing about the spirit behind this from a spiritual – Christian, to be precise – perspective. I still have to find an apt “soundtrack” for it – though I’d say a “soundtrack album” of it would contain Michael W. Smith’s “Place in This World”, Bukas Palad Music Ministry’s “Pilgrim’s Theme”, and even Madonna’s “4 Minutes”.

But what if aside from theme music, there was a theme fashion? A theme shoe, to be precise? Our product for today would certainly fit the bill, because of its history, and thus its current advocacy, solidified and made mainstream by its (very successful, I’d say) integrated marketing campaign. I know it, you know it, the whole world knows it: it’s the Dr. Martens Vintage 1460 boot.

Innovation itself embodies the spirit of free thinking and of wanting to be different. An innovator makes, or more accurately improves on, something that has the potential to change the game, to not stick to the status quo, to find its own unique mark in the world. The subcultures that took the world by storm in the post-war era of the 1950s onwards exemplified innovations of lifestyle: no longer did youths want to become miniatures of their parents, but to be their own selves, to find their own spots, to be with others who shared the same sentiments as they did. These persist today in modern youth culture – virtually unrecognizable from its ancestors half a century ago, but blood brothers in spirit: the desire to be different, to be themselves.

This kind of desire to “rebel” against the establishment was the lifeblood of the Griggs family, an established and respected but inwardly maverick English shoemaking family, and it was fate that brought Bill Griggs to answer a newspaper advertisement by a German duo who were looking for an international partner for their own innovation: an air-cushioned sole to provide comfort, comfort that its inventor (the eponymous Dr. Klaus Märtens) solely lacked in his own military boots after a skiing accident that injured his foot.

And so, on the 1st of April, 1960, what would soon become an icon emerged from a humble factory in the shoemaking town of Wollaston, Northamptonshire, England. Named after this historic date, the Dr. Martens 1460 boot was born. From there, things could only go up: it became the boot of the free thinkers, the individuals who wanted to be individuals, the working class proud to be such. It became the “it” shoe of the subculture culture, and when The Who guitarist Peter Townshend slipped on his pair and danced about while rocking guitar, there was no turning back – and this persists until today.

Unfortunately, although the Dr. Martens boot became associated with violence due to the “bad boy” image of those who wore them (and sometimes stomped and kicked in them, literally), today, it is known as a symbol of comfort without the need to switch to running shoes, and of standing for something you fervently believe in. That’s what I like about it.

The air-cushioned sole, one of the two major reasons people choose this boot, began with Dr. Martens and another company that originally helped it out and has since branched out to create its own 1460-style boots, Solovair. The boot, especially when made with quality leather, is notorious for being hideously stiff and unforgiving on your foot the first time you wear it, but upon breaking in, you don’t want to remove them anymore. I feel the same way all the time now, and I’ve already gone on for most of my waking hours in a day with them on – I go to the office in them, I trample sidewalks in them, I drive both manual and automatic in them, I nap in them, I even jog in them! So if you get a new pair of Dr. Martens boots, bear with the stiffness and the bruises first, and be patient – you will be utterly rewarded afterwards.

Because Dr. Martens has always stood for innovation, for being different, for being your own true, authentic self, it has become a symbol of one’s individuality. Individuality is something I very much invite everyone who visits this blog to embrace – to recognize their own uniqueness as granted by our Creator, our own unique set of skills, gifts, talents, and even weaknesses that we are called to use to serve Him. Dr. Martens, through its iconic and signature 1460 boot, calls for one to realize, accept, and live out their higher purpose – and I love that. 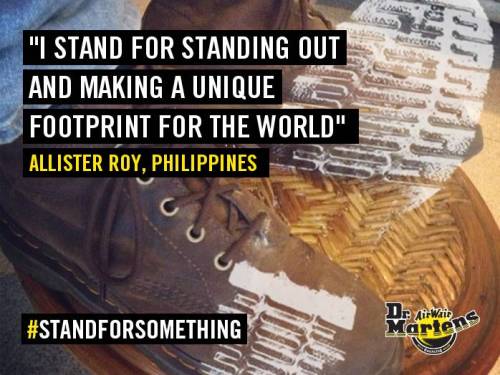 What do YOU stand for?

The company is also careful about its social consciousness – it emphasizes dealing with suppliers who practice good business ethics, especially fair treatment of their employees, desiring conditions for them to improve. (After all, the working class was the backbone of Dr. Martens’s immense success.) Knowing that greenwashing is very much possible, Dr. Martens works with Impactt, a third-party auditing company specializing in supply chain ethics. Personally, I’d call on Dr. Martens to do more, that it can unlock the vast purposeful serving potential it has.

In 2003, citing costs, Dr. Martens moved all production from England to China, Thailand, and Vietnam – generating mixed reactions from its fans. Some felt that the quality had been seriously compromised, while others argued that Dr. Martens’s strict quality control would not let this happen. A few maintained that while quality had not been compromised, working conditions did, insisting that Northamptonshire treats its employees far better than the sweatshop conditions common in labor-intensive countries in Asia (which I believe happens).

And so, that’s why I’m glad that the Vintage line – in reality, the original Dr. Martens – has arrived. The company reopened its original factory some years after the big move, and began producing limited lines there again, using the original hand-crafted techniques in 1960. If I were you, I’d invest in this instead of the regular ones. You get authenticity, originality, and guaranteed quality, with an ethical supply chain that sticks to personal social responsibility principles. Guaranteed quality means that these boots will last a lifetime, and indeed, I’m hoping that should God bless me with a long life, when the time comes for me to pass my boots on to my descendants, they’ll still be as tough, stylish, and comfy as they were in 2015.

Ready for a renewed life in assisting those descendants of mine to find, embrace, and live out their own higher purposes, the things they stand for.

The Dr. Martens Vintage line may be purchased online on their Web site or at selected locations around the world.