The best way is always the natural way, where possible.

That’s something I firmly believe in, and which Western medicine can only at most complement but never replace. Our bodies still have the last say: they either respond or not respond to medicinal treatments, and they have their own natural self-defense system, as I mentioned last Sunday.

Our bodies have dignity, too. 🙂

That said, our bodies do need outsourced nutrition to stay alive – and the point is that you do not need to look to manufactured products to look for it. Nature herself provides it through the food we eat. 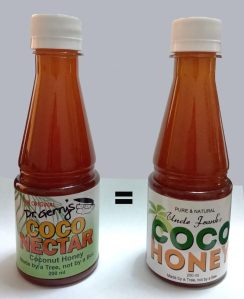 This fairly recent “innovation” – and by this I mean coco nectar as is, and sold as such – is hoping to achieve its purpose as the solution to the world’s nutrition problem. For coco nectar – or sap – which is honey directly taken from the coconut tree’s flower (a place called the “inflorescence”, which when untapped becomes the coconut we all know and enjoy), is in its purest form a real superfood that contains all of the 20 essential amino acids (plus more) that we need to live healthily and our immune systems need to function properly. It is honey because it is taken from flowers, and is actually safer than bee-made honey because the latter, processed inside the thorax of the honeybee, contains a small amount of bee-injected toxins that protect honeycombs from predators (which is why honey dosage is regulated by doctors for the young and old). Coco nectar is, in a manner of speaking, “vegetarian honey”, since it bypasses the bee, which is an animal. 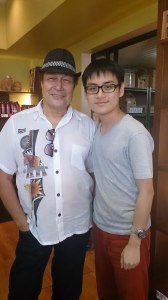 Thanks to Uncle Frank’s Green Honey Processing Enterprises, this purest form of coco nectar is now available to serve the market. The coco sap is taken and processed in such a way that no spontaneous fermentation, which breaks down amino acids, sugars, vitamins, minerals, and hormones, occurs – thereby preserving them in their natural, and most potent, form. Furthermore, the processing makes it very diabetes-safe, with a Glycemic Index of just 35 – compare this to cane sugar’s (sucrose) 100.

Oh, and did I mention that Uncle Frank is based in the Philippines, and that the coco nectar sold is 100% natural?

Because of this, coco nectar can serve as a food supplement – and even in some cases a food substitute, because it has all the essential amino acids needed to build up the body’s natural weapons. It is best taken on an empty stomach, as this will ensure digestion (and thus absorption of said amino acids and other health benefits) in just two minutes. You can enjoy it, too, however you like – but the best recommended way is, as with its more famous, more expensive, and less potent cousin mānuka honey, to take it as it is. Hey, it tastes really good, so that’s no problem! (But if you don’t want to, or can’t, then diluting it in water works just as well.)

Due to its jam-packed health benefits, coco nectar is a very powerful – perhaps the most powerful – natural anti-bacterial substance there is. It is recommended to take some at the first sign of any illness or discomfort – and, again, on an empty stomach – as it will immediately help get rid of the harmful microorganisms in your body. In fact, like its bee honey cousins, it is effective in what it does not just eaten, but also applied externally to the skin. And, because it is anti-bacterial, taking it regularly helps eliminate bad breath.

This is why Uncle Frank likes to call it “First Aid in a bottle”. Its health benefits are such that doctors are starting to recommend it, it is a tried-and-tested solution against dengue (a terribly common occurrence here in the Philippines), and is even being endorsed by some. Uncle Frank’s vision is that each household would have at least one kilogram of coco nectar (this also happens to be the size of their larger bottle). Even the speaker at an earthquake preparation seminar I attended last month recommended having coco nectar as the “food” component of your disaster supply kit – though it will make you thirsty more quickly, because of its sugar content (even if said sugar is diabetes-safe).

I like that vision, and I, too, think that coco nectar should be used and taken by everyone. I’d send it as a gift to a sick loved one, and have it in my regular grocery list. Come join me on the road to wellness and health the fun and tasty way!

Uncle Frank’s Coco Honey is available by the bottle in 200ml (300g) and 750ml (1,000g) sizes. It is currently available in the Philippines at Shopwise Supermarket and Human Nature stores, and through some pick-up points (click here).