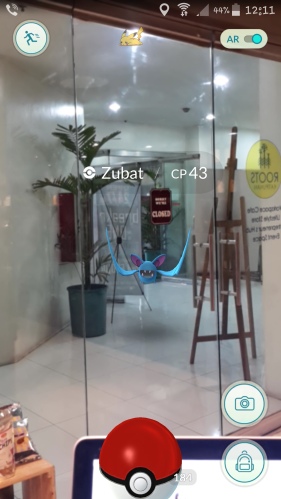 Those close to me know that I’m a real, diehard Pokémon fan (though this is now rather limited to certain video games, merchandise, and browsing fan sites). So of course, I’ve been keeping track of the release of Pokémon GO, and of course, the morning it came out, it was already on my phone (but thanks David for the heads-up :D).

Pokémon GO’s been out for exactly a week now here in the Philippines, and exactly five in its first territories of release (Australia and the US). Already there’s been a lot of articles circulating about it, both positive and less-than. This one (published even before the field tests came out) criticizes those who think it’s occultism (which is an accusation Pokémon has been facing ever since, because of the nature of the gameplay), while this one (released late last month) naïvely (at least according to the commenters) thinks that it, and Google, breach numerous privacy policies for users.

Whatever ultra-conservative Christians or paranoid technology users may think, we at The Daily You wish to say that Pokémon GO is a massive multiplayer online role-playing game. It is a social game that takes advantage of technology to bring something new to the world – and bring it did. Pokémon GO is perhaps the biggest thing to hit Pokémon since Pokémon.

That said, as it is a game, there are rules to follow.

And we can sum it up this way: Awareness and balance.

Whenever you load the game, one of three messages pop up: to be aware of your surroundings, to not trespass on others’ property, or to not use it when driving. We couldn’t agree more.

Since it’s location-based, many users who play it while walking down the street do so with their eyes glued to their phones – sometimes failing to notice where they are, or that they’re impeding foot traffic. They are so absorbed that they are no longer aware of their surroundings, or of the people in those surroundings. This is one of the worst ways to live.

Because “grassy” areas in the game (translated to off-road areas in the real world, such as buildings) are where wild Pokémon are more likely to pop up, people like to venture to those areas to get a higher chance to finding said Pokémon. We go back to awareness: Always be aware where you’re going, for you might already be stepping into the private property of someone else, who would not take too kindly as to why there’s a stranger there, running seemingly randomly across the area.

And of course, driving. In the Philippines, the Anti-Distracted Driving Act was passed just a few weeks ago (at long last!), banning all hands-on use of gadgets (hands-free use is allowed). I have to confess, I did play sometimes while driving in our village or on very sparsely populated roads, but I always drove very slowly and pulled over for Poké Stops. In any case, I now put it beside me, and check the phone only when pulling over. 😛

It’s scientifically backed; a study by the University of Utah (as this article discusses) shows that even hands-free driving is distractive. I’ve experienced it myself: there were times I had to ask my friend to repeat things over the phone even on hands-free mode because I was trying to focus on the road ahead of me.

This is where balance, or moderation, comes into play. Would it be really worth it to take a dangerous risk just for another rare Pikachu? Or would it be better to stay relatively safe and wait a bit (or use Lure Modules or Incense, heh) until they come out? And, of course, the amount of time spent playing it: it should not serve as a distraction or deterrent to what you’re doing. That’s why I keep it on at all times while working, with only occasional glances for any wild Pokémon that come out.

That all said, after remembering to be aware and to moderate, the next, and most important thing, to do, is to ENJOY CATCHING ‘EM ALL! 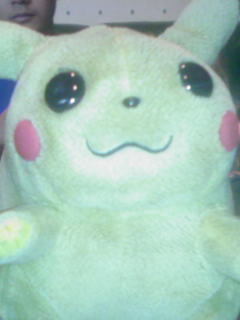 Pokémon GO may be downloaded by clicking here for Android or here for iOS (US).